Frank Zakem is perhaps best-known to most Islanders as a long-time civic leader in Charlottetown, having served as city alderman and mayor, and in professional or volunteer capacities with numerous community groups. This tribute, however, focuses on Frank’s vigourous and vital involvement with the life and legacy of Saint Dunstan’s University, as well as the Island’s other institutions of higher learning: Prince of Wales College, Holland College, and UPEI.

Frank’s engagement with Island colleges and universities began early: in the late 1940s, an era when schooling for most still ended at Grade X, a teenaged Frank entered Prince of Wales College to complete his High School studies and to lay the foundations for his post-secondary education. He quickly established himself as an active and popular member of the PWC community, serving on the executive of the Newman Club and playing on the rugby team.

After three years of PWC studies, Frank moved on to SDU, then the Island’s only degree-granting institution. At SDU, as at PWC, he was well-liked and contributed energetically to campus life, including management of the Red & White university magazine. When Frank graduated with his Bachelor of Commerce degree in May, 1954, he was honoured by his classmates with election as Life Secretary of the Class of ’54. He pursued an additional year of studies to receive his Bachelor of Arts degree the following year. After receiving his BA, Frank attended seminary in Montreal, but then returned to the Island, where he helped with his family’s successful business and also taught at both SDU and PWC. 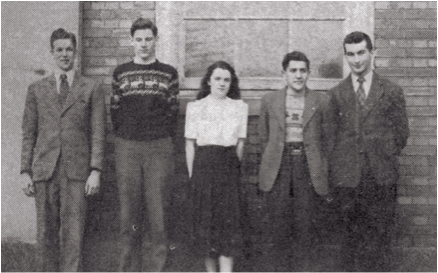 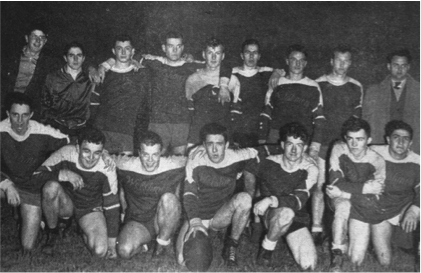 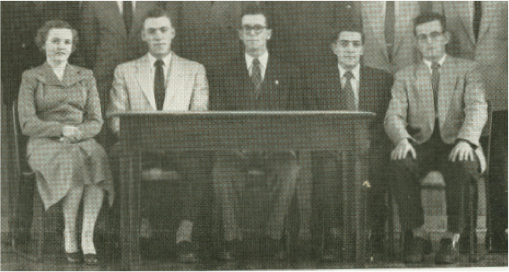 In the 1960s, Frank began his long and successful run in municipal politics, first winning election as a Charlottetown alderman in 1964, but his appetite for higher learning remained, and he received a Bachelor of Education degree from SDU in 1968. His education and ability contributed greatly to program development at the Island’s new applied arts and technical institute, Holland College, during the early 1970s, and he would later serve as principal of the College’s Charlottetown Centre, and then as Acting President of the entire College. Those who had the pleasure to know Frank would question whether he ever “retired”, but he chose not to reoffer for Charlottetown City Council in 2000, citing a desire to spend more time on his “little hobbies.” Happily, these hobbies included a devotion to preserving and promoting the history of St. Dunstan’s: as Life Secretary of the SDU Class of ’54, it was long a point of pleasure and pride for Frank that he was able to remain in touch with all his classmates, and organize regular reunions. For the Class’ 50th Anniversary reunion in 2004, Frank and classmates Mariedith (MacDonald) Crockett and Gerry Steele rallied their classmates, and the support of other SDU alumnus and the SDU Board of Governors, to fund the digitization of SDU-related materials in the UPEI Library’s University Archives & Special Collections.This generosity, which Frank did so much to encourage, makes projects such as this display possible.

Zakem shared reminiscences of his time at PWC and SDU, after being named a UPEI Founder in 2011. (Video courtesy of N. Gillis, UPEI Integrated Communications.)

Never a silent partner in anything he did, Frank took an active interest in SDU-funded projects at UPEI, and his wise and constructive counsel is recalled with affection and respect by all in the University with whom he came in contact. The well-earned honours bestowed on Frank by UPEI — he was recognized as a UPEI Founder in 2011 and awarded an honourary doctorate in 2013 — were tokens of true esteem and friendship from the University community. Here, as elsewhere, he is warmly remembered and sadly missed.